The co-main event was held between Brian Batey and David Bell. David Bell managed to prove he was the better grappler by submitting his opponent in round two of the fight, capturing the middleweight championship belt in the process.

We were really surprised to see the many different ways in which fights ended. There were TKOs, submissions, unanimous decisions, majority and split decisions – just about every different way a fight can end. Miriam NazarTKO’d her opponent Ludy Alves in the second round to capture the Women’s Strawweight Championship belt. Bianca Rosales captured the featherweight belt by defeating Gracie Grecco. CharelsAppolon captured the welterweight interim title against Lester Santana by way of majority decision. Lastly, Sharif Oripov won the flyweight interim title by way of a unanimous decision against Yampier Ramirez.

Showing RIZE FC’s versatility, apart from the MMA bouts, there were also kickboxing events that took place on the event on December 3d.Gerritt Burns wins the middleweight interim title in kickboxing against his opponent Andy Hernandez by way of unanimous decision. Kenny Castro was also awarded a unanimous decision for his decisive performance against TJ Stanislaus for the welterweight kickboxing title. Only five of the fourteen fights on the RIZE FC event were non-championship bouts. Of these, two were in the main card and three were in the preliminaries. The most eventful of these fights was the fight between Michael Lonchang and Jesse Young, which Lonchangwins by 1st round rear naked choke.

RIZE FC showed that it’s a serious company with great goals an ambitions for the sport of MMA. Its fighters are relatively unknown – but many of them are extremely talented. The proof is in the pudding – the RIZE FC event held on Saturday, December 3rd, 2022, was easily one of the organization’s best. With gritty championship fights that have ended in a variety of different ways, this event was a crowd pleaser not just for fans of MMA, but also for fans of kickboxing. We can’t wait to see RIZE FC’s next event, as it will surely be an incredible spectacle – as we’re use to expect from RIZE FC and its CEO Armando Gonzalez. So, mark your calendars and get ready for an exciting night of live MMA action as CEO of RIZE Fighting Championships, Armando Gonzalez has in store for you.

How Can You Watch RIZE?

All RIZE events will be available to watch LIVE on RIZEX, so download the RIZE app from your mobile app store today,you don’t want to miss the action! Check your local listings for more information, or simply visit RIZE official website for more information www.rizefc.com. Enjoy! 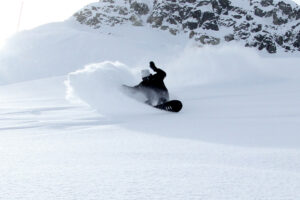 Previous post A Board Game Snowboarding: Tips for Beginners 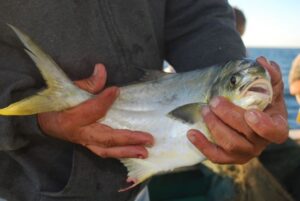 Next post What Bait Is Used for a Typical African Pompano?